In case you missed Burberry’s new Festive Film, here it is:

If you are also wondering what this film is all about, then you’re definitely reading the right piece of information. This isn’t one of Burberry’s Spring/Summer or Fall/Winter advertisements, this one is a special film made to celebrate 15 years of the iconic film, Billy Elliot. For those of you who have watched the film, you would not need us to reference it at all, but for those of you who haven’t watched the film, here’s a trailer:

Now that you have watched the trailer and are either filled with nostalgia to watch it or are curious enough to watch it, we can switch our focus back to the original topic of discussion, the Burberry Festive Film. The film stars an all British cast with well-established personalities from the worlds of film, TV, music, modelling and the adorable new Burberry boy, Romeo Beckham. It includes James Bay, Naomi Campbell, Rosie Huntington-Whitley, Michelle Dockery, James Corden, Julia Walters, and Sir Elton John, who has incidentally written the soundtrack for the stage musical of this movie in 2005. However, the soundtrack for the Burberry film is taken from the original T-Rex recording of ‘Cosmic Dancer’.

The film was shot in London and was produced by Burberry in partnership with Working Title Films. Oh and if you noticed Sir Elton John’s shoes and sunglasses, and Julia Walter’s gold trench coat; they were all especially commissioned for the film. Why not?

Anyway, that’s all for now, but we’re sure Burberry will bring us a whole lot more this winter. Here’s a small selection of pictures shot by Mario Testino especially for the film: 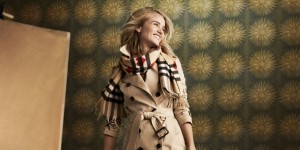 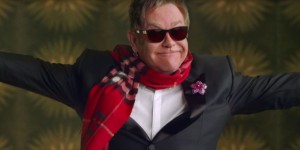