Facebook has you connected. And I mean connected! So far you have friended your 2nd grade best friend, your 3rd cousin twice removed and even your boss’ wife and it has only been a week!

But as per “Facebook Code” there are just some things that should be completely prohibited on Facebook. Here are 17 of the most annoying types of Facebook users:

1. The ‘posting a new picture of yourself each day that looks just like the one you posted yesterday’ Guy

Selfies every day, sometimes every hour, WHY? I promise you haven’t changed much since yesterday, Just Stop ! You know the ones that are deliberately ambiguous, so people are forced to ask to elaborate. For example: “So angry” or “So Sad” or “Heartbroken”

3. The ‘back and forth posts that read like a text message’ Guy

Nobody wants to read back and fourth exchanges with your bestie. If you both have so much to say then text each other or better yet, CALL! Nothing is more disappointing than getting a Facebook notification, only to discover that it’s just someone requesting you to play a game.  Rude. 5. The ‘I want to win something for free’ Guy

We cannot even describe to you how much we can’t stand it when people ask you to vote for this or that in a contest. Especially if its framed like “go vote for this so I can win that”, or “only five more days…go vote!” 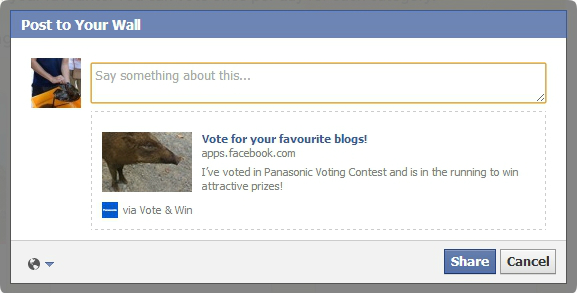 Whoa, whoa, whoa. Tone it down! You’re literally SCREAMING at all of Facebook. Unless you’re dying or just had a baby, there’s no point in yelling at the digital world.

Everyone has a friend that reminds them of Eeyore from “Winnie-the-Pooh” or Debbie Downer from “SNL”? No one wants to read constant depressing posts over and over again. A party where you were out of your senses, with your booty backed to the camera. Why on earth would you want to post that on Facebook? We all know how old pictures can come back to haunt you. Dude, your ex already said no three times, get a clue and stop asking already! Pestering someone won’t make them change their mind, but it may get you slapped with a restraining order. Fine. I’m one, too. But as a gamer, you have to be careful about not spamming your friends’ feeds with game activity notices. No one else really cares that you’ve moved up to level 159 on Candy Crush or that you’ve fertilized 5 of your neighbors’ crops in FarmVille. “Malayasia Airline Crashed! You heard it from me first!” and from 100 new channels and the 1,00,000 people who actually saw it. In their rush to trumpet the news, they end up spreading rumors.

“Hii freinds.. what you’re guyzzz diong tonitee?” Really? Do you want to party with a guy who doesn’t know how to spell friends?

“Support my cause. Sign my petition. Play Mafia Wars with me. Which ‘Star Trek’ character are you? Stop! A post making your life sound great, either in a macro sense (got your dream job, got your degree, love your new apartment) or a micro sense (taking off on an amazing trip, huge weekend coming up). Stop boasting, no one ever likes that guy.

16. The ‘Like every picture you take and every update you make’ Guy 17. The ‘every minute baby updates’ Couple

No doubt that babies are cute and photos with them will get you many likes. But every minute detail about your kid every 5 minutes can get irritating.