Throwback : The Best-Dressed Men at the Academy Awards

The Oscars is one of the most glamorous nights in Hollywood. With the whole world’s eyes at the award function, the celebrities dress up their best to walk on the prestigious red carpet. Some Hollywood hunks have managed to steal the show in past few Oscars with their stunning tux, glossy shoes and elegantly trimmed beards.

We are crowning the best-dressed men at Oscars of all these years: The heartthrob walked the Academy Awards 2014 red carpet in a Tom Ford tuxedo and a Chopard watch. Added to the look were his slightly mused hair, and a trimmed beard. Actor Eddie Redmayne killed it in this perfect-fitting Alexander McQueen rig at the night of 2013 Oscars. Chris Pine looked impeccable in the black tux teamed up with a black tie. The next gentleman in the list of best dressed celebrities is Justin Theroux. He carried off the custom Salvatore Ferragamo spectacularly at the 2013 Academy awards event. At the 2013 Oscars Daniel Day Lewis worked Domenico Vacca get-up fabulously. He looked younger and more modern than most at the event. 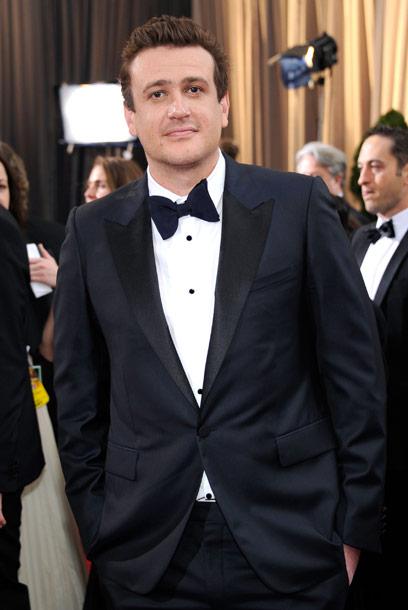 The well-known comedian and actor Jason Segel made it to the list with his midnight navy peak lapel number.

Brad Pitt was a show-stealer at 2012 Oscars. He looked perfect in a peak-lapel tuxedo by Tom Ford and smartly proportioned bow tie. Singer/Actor/Comedian, Justin Timberlake made an entry at the red carpet of 2011 Oscars in Reservoir Dogs suit and a skinny black tie. Gyllenhaal donned his Burberry tuxedo with a bow tie and simple pocket square.