Who Says We’re Not No.1? Delhi Tops the List of the World’s Most Polluted Cities

As India celebrated Diwali on Thursday, New Delhi struggled to breathe. A recent study by World Health Organization,branded New Delhi as the world’s most polluted city.

Here is the list of 5 most polluted cities in the world, according to WHO’s database. Also called the City of Lights, Paris is now hiding beneath a layer of chemicals and smog. With a concentration of 180 micro grams of PM10, Paris was in such trauma with the report that the French government on 14 March, 2014, banned the use of private vehicles for four days and the public transport was made free of charge in an attempt to curb the problem. After World War II, smog became a very serious problem in LA. Today, the main source of air pollution in LA include industries, motor vehicles and ports. Ranked as the 4th most polluted city by WHO, Los Angeles is battling pollution with the help of the Environmental Protection Agency (EPA) and the Clean Air Scientific Advisory Committee. Shanghai’s air pollution problem is a very obvious concern for China. According to various reports, the government even considered distributing free masks to protect the smog choked citizens, early this year. With constant coughing and asthma symptoms exhibited by a majority of people in Shanghai, the Chinese government feels the need to follow clear guidelines to deal with the situation. 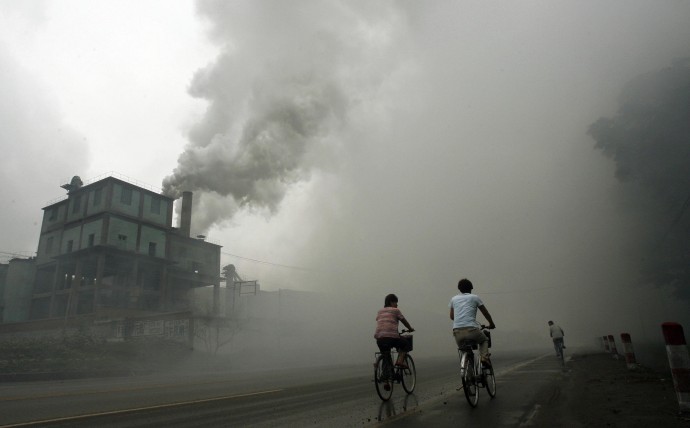 Beijing wakes up to lung-defiling smog everyday now. With the pollution reaching ‘crisis’ level, Beijing has become the second most polluted city in the world, according to WHO. Desperate measures are now being taken by the authorities in order to handle this situation. Recently, it was reported that Chinese authorities are working on a plan to reduce air pollution in and around Beijing by as much as 40%. PM2.5, the particulate matters less than 2.5 microns, are considered the deadliest form of air pollution. The concentration of these tiny particles leads to risks of severe respiratory diseases and skin diseases. With concentration of 153 micro grams and 286 micro grams of PM2.5 and PM10 respectively, New Delhi has ranked as the most polluted city of the world by WHO.

In reaction to the report, Anumita Roychowdhury, the Executive Director of the Centre for Science and Environment, said, “According to global burden of disease estimates, air pollution is the fifth largest killer in India. Tiny particles go deep inside our lungs and trigger respiratory and cardiac problems as well as lung cancer.” She believes this report seconds the seriousness of the issue. With lives being lost to respiratory diseases, air pollution is doing damage which is beyond repair.