Bill Gates, a name that brings about an assortment of emotions among various people. While some people call him a brutal businessman others see him as a benevolent philanthropist who made his way to the top all on his own. But now Microsoft’s founder wants to bring a contraceptive revolution inspired by technology which will not just decrease a woman’s trip to the clinic to renew prescriptions, but also help solve one of the biggest crises facing our species, the burgeoning human population. The contraception solution is in a pill sized microchip. 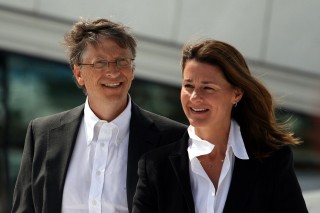 The Bill and Melinda Gates Foundation along with a Massachusetts based biotech company, MicroCHIPS, are developing a simple contraceptive that women can implant and it lies under the skin in the buttocks, upper arm or abdomen. The microchip releases prescribed quantities of the hormone; levonorgestrel, which can be found in some contraceptive pills and IUD’s. The tiny device carries 16 years’ worth of hormone inside it and can release about 30 micrograms a day. Doctors can remotely adjust the dosage too.

The 20 millimeters long chip gives complete control to the women to decide when she wishes to conceive. It is completely hassle free as the woman can just send a signal to the device through a remote control to activate or deactivate it. There is no need to visit a clinic for contraception procedures.

This technique will be beneficial for women living in remote or orthodox regions where access to contraceptives is limited or restricted. By having a right to their own bodies, women can decide the size of their families . Contraception provides power to women to shape their own destiny. MicroCHIPS will now file an application with the FDA. The device might be available for use in the US by 2018.

Female reproductive rights are one of the most fiercely debated topics of current times. On one side are the religious right who are opposed to contraceptives on religious lines, whereas on the other hand lies the issue of population explosion. Bill Gates understands these issues well and he and Melinda gates have been actively involved with the issues. They travel around the world and engage with governments, NGO’s and other organizations to educate and spread the word on the benefits of family planning, especially in resource starved nations. This is definitely a great initiative and this might just be his other legacy apart from the obvious computer conglomerate.

Here is an inspirational talk by Melinda Gates on the issue: